As part of PG Group’s efforts to get the Carriageworks development started they have submitted a new planning application.

Last year PG were focused on a S.73 minor alterations application to add seven additional units to the fourth and fifth floors of Block A and make other changes to the facade, stair wells etc.  However, a recent case in the Court of Appeal (Finney v. Welsh Ministers, 2019) effectively closed the S.73 route for the additional units.  Consequently PG will remove the extra flats from the S.73 application so that the rest of it can go through.  And they have now put in a full planning application for the flats.

The application can be seen on the Council’s planning website.  Neighbours will have received written notification and the public consultation period officially ends on 6 April.

The application seeks permission for 3 x 1 bed flats and 4 x 2 bed flats for market sale or rent.  The design, footprint and floor area are the same as previously proposed in the S.73 application except that one two bed unit has been split into two one bed units. The fourth floor is set back 2.2m from the Ashley Rd frontage and the fifth floor is set back by 7.75m and clad in grey metal in order, say PG, to reduce their visibility and prominence from street level when compared to the lower floors which will be clad in brick. 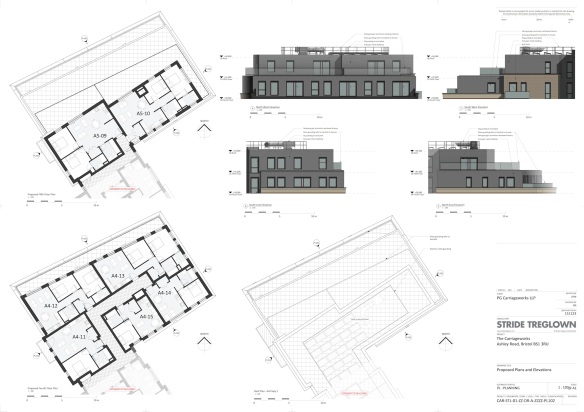 Floors plans and elevations of the additional seven flats proposed for the fourth and fifth floors of Block A. 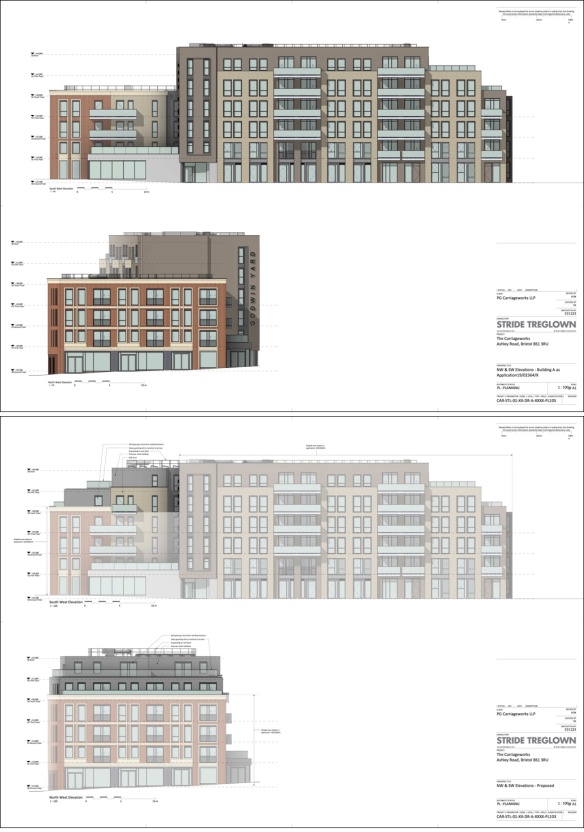 2 thoughts on “New planning application for Block A”