PG have submitted amendments to their proposals for Block A (fronting Ashley Road). The full details can be found on the planning website.

Note that these only affect Block A and not any of the other buildings on the site. The listed Carriageworks building is not part of the proposed changes.

CAG has created the images below, showing on the lefthand side of the image the original (May 2019) application to amend  with the latest proposals on the right.  (Note that the lefthand side image says October 2018 – this is the month that they were first released).

The key difference to the original amendment is the greater setback of the fourth and fifth floors.

Changes to the entrance area and the configuration of ground floor servicing and retail units.

Small change to roof over entrance. 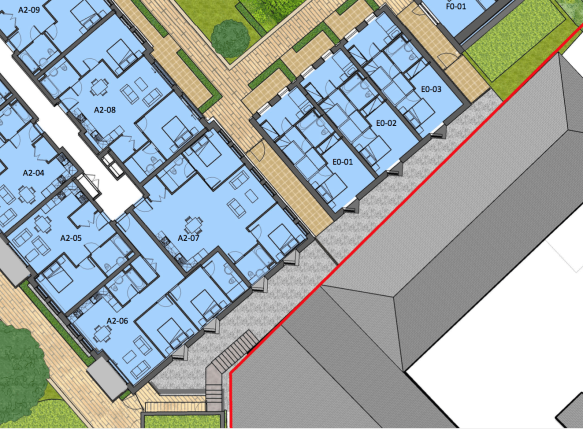 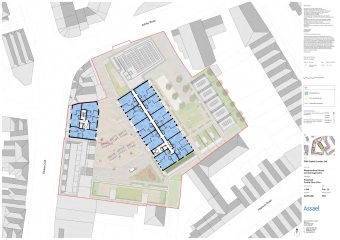 In the original planning application the wing of the building facing Ashley Road is only four stories high (see plan to the right).

PG have told us that in order to achieve a viable scheme (the costs of demolition were much higher than anticipated) they need to increase the number of units on the site. They propose to do this by increasing the height of the Ashley Road frontage. The original proposals met with considerable opposition. The latest proposals seek to reduce the impact from street level by setting back the fourth and fifth stories. 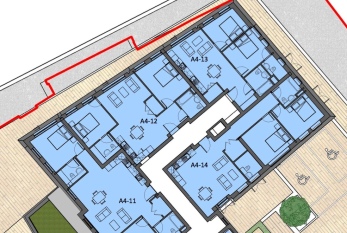 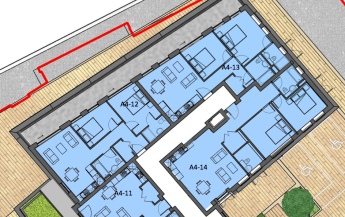 As with the fourth floor, this is an addition to the planning permission.  Compared to the May proposals the Ashley Road frontage is set further back. The north east wall extends slightly. 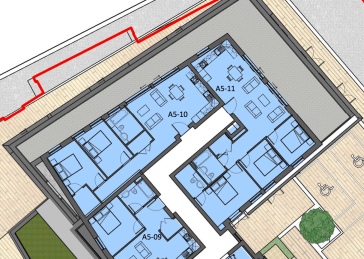 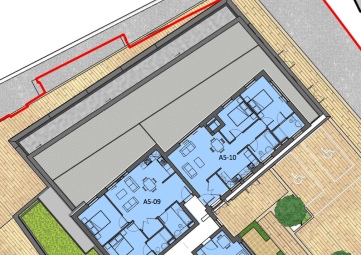 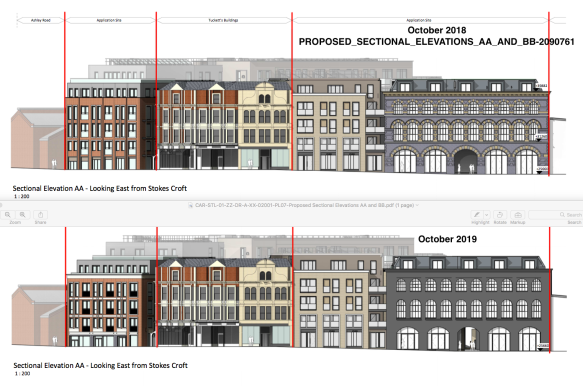 Section AA.  The changes are on the lefthand side. The fourth and fifth floors are setback further in October 2019 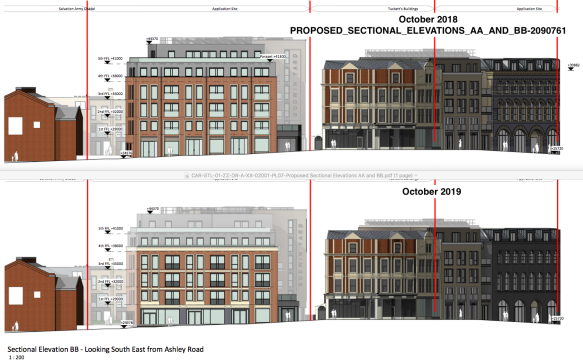 Section BB: The Ashley Road frontage on the left. 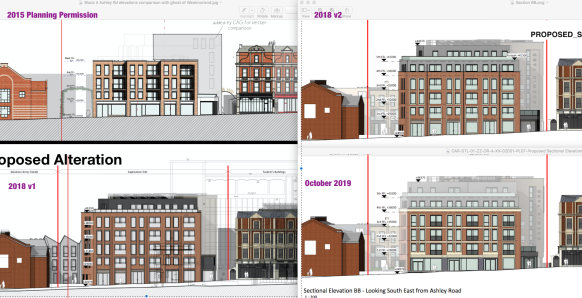 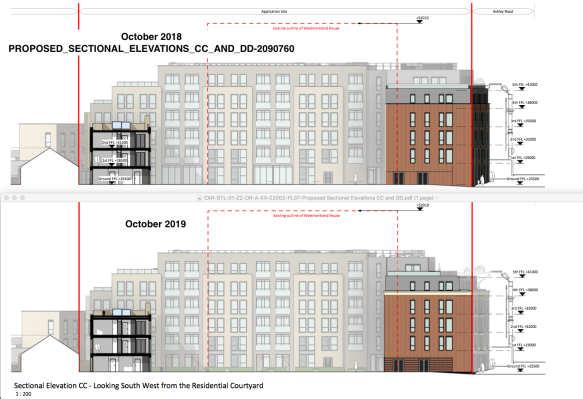 Section CC: Looking west up Ashley Road towards the traffic lights. The increased setback can be seen on the right hand side of the drawing. 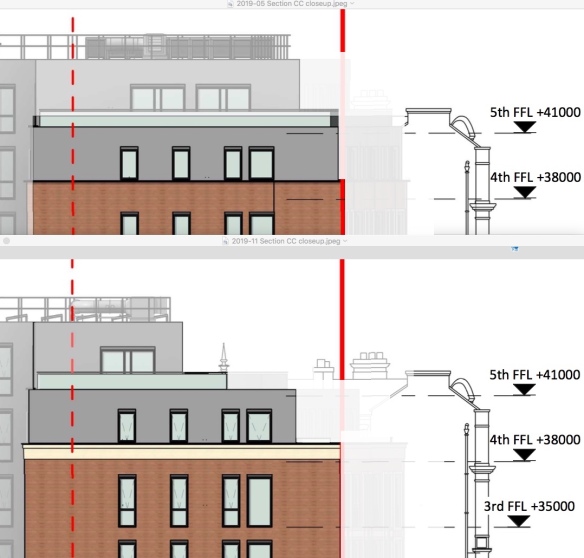 Section CC: Closeup of the increased setback.  We’ve greyed out the road-front elevation so that the change in the setback can be more clearly seen. 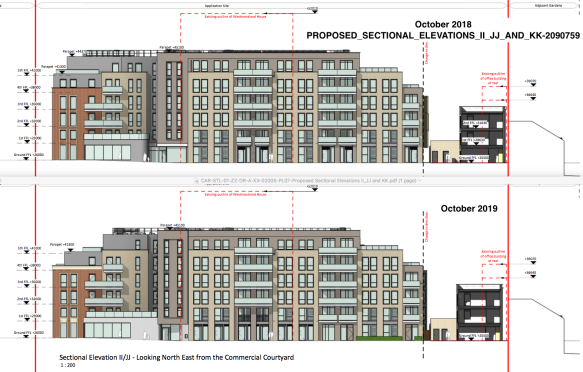 Section LL: South facade of Block A (on the left) as seen from Hepburn Road / Kuumba. Compared to the original planning application the fourth and fifth floors can now be seen.

The planners will deal with the application either by using delegated powers or by referring it to the Planning Committee.